WordPress.org today launched WordPress 4.4, which adds a slew of new features to the blog management tool to “make your site more connected and responsive.” You can download the new release now fromWordPress.org/Download (7.3MB).

WordPress is a content management system (CMS) that powers 25 percent of the Web. The latest version is dubbed “Clifford,” in honor of jazz trumpeterClifford Brown.

WordPress 4.4 brings a new default theme called Twenty Sixteen (Twenty Fifteen, in case you’re wondering, was released along with WordPress 4.1 just under a year ago). Here it is in all its glory: 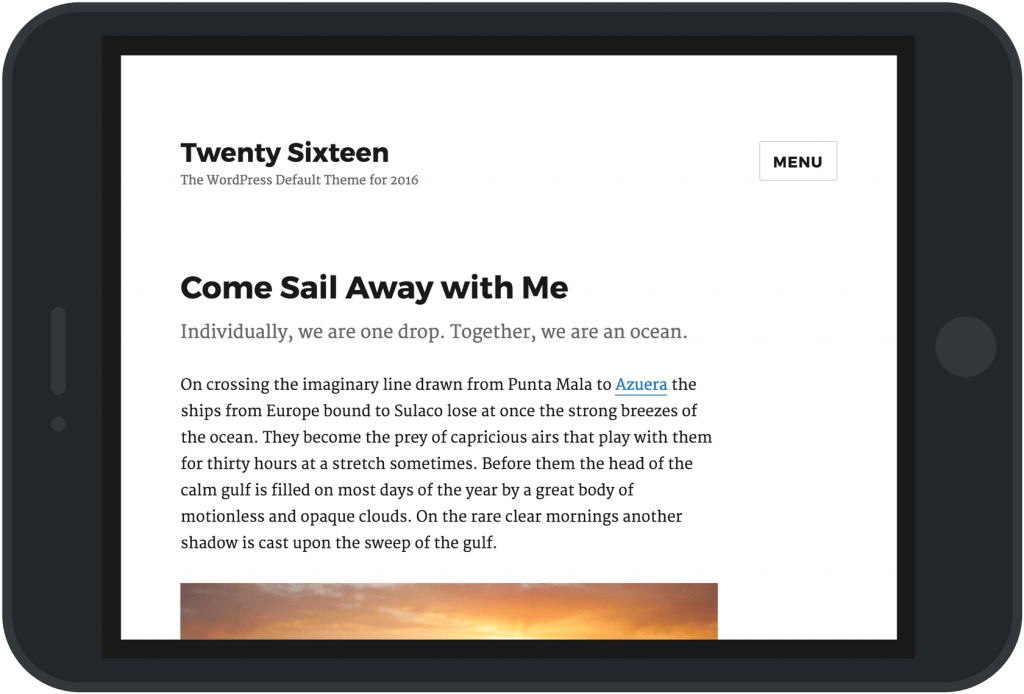 WordPress describes Twenty Sixteen as “a modern take on a classic blog design.” And, as is true of most themes nowadays, it was built to look great on any device. That means a fluid grid design, flexible header, “fun” color schemes, and so on.

But many of you won’t use the new theme, so the first real big improvement is actually responsive images. WordPress is now smarter at displaying appropriate image sizes on any device, without you having to make any modifications to your theme.

Next up, you can now embed your posts on other WordPress sites, just like you would embed most media content. Just drop the post’s URL into the editor and you’ll get an instant embed preview (in Visual mode) complete with the title, excerpt, featured image, site icon, and even links for comments and sharing.

Last, but not least, there are a number of under-the-hood improvements:

WordPress 4.5, coming next year, is already in the works, though the company didn’t specify a month for its release. That said, we’re betting it probably won’t be out before April.